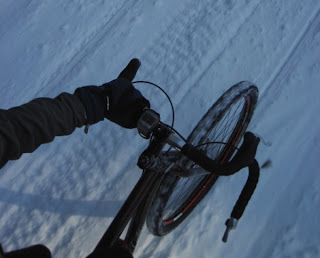 No, not for the massive amounts of snow or for the extended periods of frigid cold weather. Quite the contrary I would say, given that we've really only had a couple of solid freezes. It has been more like March than January. Take what we get though and make the best of it.

Anyhow, I claim success! This was my first ever January sweep where I rode for the cycle and it may indeed be my first ever sweep of a complete month in general (riding each day of a given month). I know that I've been close in the past but I'm not sure if I've ever completed the cycle.

Yea, I know, this hasn't been much of a winter, which is why I'm spending all of the time on the bike and not having fun apart from it in the snow. Heck, we've only been out to ski 3 times this month and the conditions have not exactly been exceptional.

Is it OK to admit I'm beat already this year? This is setting a very dangerous precedence you know. Wonder how many months I could make it before my legs or ass falls off? Better yet, maybe I won't find out. Regardless, it was a great way to spend the time given the alternatives. 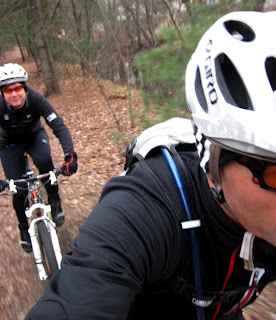 Here's a link to the loop that we did to cap it all off yesterday. Much of the same old stuff but we pieced in some stuff that we had not ventured on in years. Some of this was good, some not so much. The Acton conservation land is some of the best mapped and marked I have ever encountered. It is also some of the least enjoyable, god-forsaken, swampy, bone-yard trail that you can imagine. That said, if you are selective in making your loop you can get in only the good parts and avoid the less desirable.

There is actually a wealth of trail in Acton, most of it having a very similar flavor; old and well worn in. The same can be said for much of the terrain in Carlisle and Concord though. Many trails were colonial roadbeds so have indeed seen great amounts of use. I was pleased to find that a chunk of Concord Land Trust was in excellent shape and actually had better content than I remembered. It also makes a great connector.


With a little more exploring I can see really big things on the horizon, for the upcoming season.
Posted by mkr at 5:36 PM No comments: 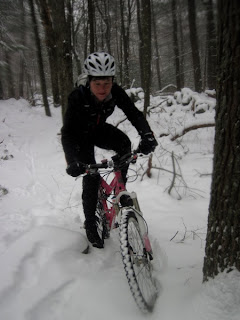 I know that it has been said over and over but this "winter" has been crazy. What the heck did they do with January and when did they decide to replace it with March? Seriously, it is spring out there. I'm expecting to see the crocus' start to peak out any time now. It was in the 50's yesterday and we have more of the same on tap for today.

Really, we've basically had one good freeze and beyond that it has been primarily mild. Last weekend we got a taste of winter with a one-two bout of snow Friday and Saturday. This left us white and thinking things might finally be approaching normal. A bunch of us got out for a MTB ride in the middle of the storm on Saturday. This was a steady slog but fun to have and to see something different. On Sunday Cathy and I got over to Weston for some XC skate skiing, only our second time out this season. It wasn't great but it was white and frozen if very thin. Monday I got out for a snow ride which was tough going given that the temperature was above freezing and the snow was like mashed potato but it was fun none the less.

However, that was the quick end to winter it seems. The snow is now gone, the thin layer of frost that had set is now coming out of the ground and we are back into mud. Just as things were starting to really pick up for offroad riding it is once again snuffed out. Due to the lack of stow and for that matter winter, we had started riding a ton of offroad. This felt new and fresh as I hadn't been on a MTB much at all since the summer. It has been such a lackluster winter in fact, that I have ridden ever day of 2012 so far. I see no end in sight either as to short term forecast is more of the same mild conditions.

Unfortunately, until it dries or freezes offroad this means I'm back on road. Riding wet roads even if it is relatively warm, is less than optimal. I did a single-speed road ride yesterday and got soaked. I ended up after sunset with cold, wet feet. Fun times. This morning I put the full fenders on our spare cross bikes so we'll be set to go from here. So, in lieu of snow I'll make the most of what we have. At this point I'm not even psyched for snow any more. Bring on spring. 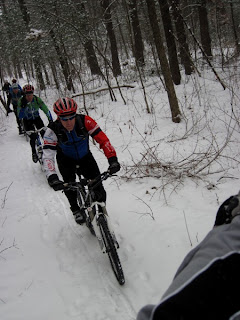 I've got a ton of home projects that I am going to start chipping away at now that I have some copious free time on my hands. Monday I decided that it was time to leave the company and job that over the years I'd grown to despise. It wasn't exactly just my decision of course. Lets just say we broke up. You see, I have this problem, with my mouth saying things that people don't want to hear, regardless of whether or not they may be accurate. That doesn't always sit well with some. I'm also not a big fan of vague, undefined extra credit visibility work. If you want me to do something, make "it" part of my job, but don't spank me for not doing "it", when you don't even know what "it" was, just that I didn't do "it". Quotes like "doing your job isn't enough" is why nobody is getting into software in the US anymore.

Anyhow, in a company that is always looking for their latest ex-employee, I was a perfect candidate. I guess I just don't fit the mold anymore or maybe I never did. Work is work, it's not an adventure. I don't long to be doing it, I do it so I can do what I really like after I'm done. The reality is that I'd been hoping for this outcome for some time. It allows me a buffer to do some projects and look at some training that may be more in-line with my objectives.

So, this weekend we are heading in search of winter. I'm not sure if we will find it but at least we are going to try. I'm kind of hoping it isn't too nasty as I need only a handful of days on the bike to meet my goal of riding every day of January. So far so good. Yesterday I finally built up Cathy's new Powertap rear hub onto her Zipp 404 wheel and got it paired with her new Garmin 500 computer. I also went grocery shopping and used the self scanner and self checkout. That was stressful and yes, I'm sheltered. More errands today and a ride at some point. So far this life of leisure is pretty good.
Posted by mkr at 11:06 AM 3 comments: 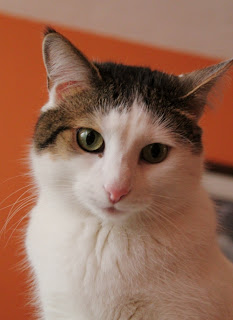 Summary
Well, it's 2012 and 2011 is but a distant memory. As the calendar flipped over so did the log and the odometer goes once again back to zero. This past year was OK, in terms of riding and racing, I guess. Not spectacular by any stretch and unfortunately, not a benchmark year. I'm coming to realize that this may just be the norm and I may be on the backside now. It's bound to happen at some point so just live with it. 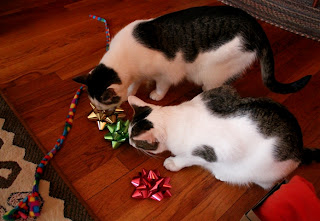 In looking at the numbers I was short of my 2010 records by most counts. It was still a solid year and my 4th in a row logging over 8000 miles. I blame much of the shortfall on the fact that 2011 was an incredible snow year. As such I spent lots and lots of time on the skinny skis. The time away from the bike was therapeutic and when the weather finally broke and the skiing disappeared, I was anxious to get back on the bike. This was a good thing, I think, in that it helped minimize burnout this year.

Unfortunately, my fitness just wasn't what it had been in the past. That was something, along with motivation, that haunted me all season. I just couldn't get motivated to suffer the way I had in the past. This was particularly evident at the CBTT, where I just couldn't make it work, sat least not on the TT bike. On the MTB and cross bike, at the CBTT, it was a different story. I was able to make progress on both fronts.

The actual MTB racing was not bad, which of course also implies not good. Again, it was at times OK and others, not so much. This held for the cross season as well. All in all, not what I'd hoped for but not a disaster by any stretch. As I said before, it is what it is. I'm coming to realize that self realization is truly what it is all about in terms of keeping expectations in check. It is easy for us to think or worse, believe that we are better than we really are. You want to aspire and strive for me but at some point, reality needs to ground us. I'm coming to realize that and in so, am coming to grips with the truth of the matter. 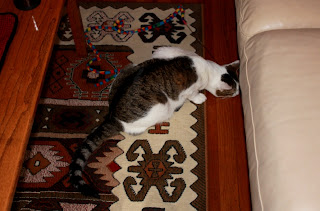 So now I'm sitting here, a full week into 2012. Because we have had no snow, it's been all about riding bikes still. Last week was big and this week, despite being back to work, wasn't far behind. I've spent a ton of time on the MTB, a bike I've been away from since the middle of the summer. I'm glad to be back on it, doing something different that is yet very familiar. It feels good. I'm optimistic about the year to come. Nothing is written yet. Hopefully when I'm sitting here next year, writing this same synopsis, the reflections will be at least as good as they were this year.
Posted by mkr at 9:29 PM 2 comments: