I guess that I kind of had to expect it. that being that going back to working full time would mean a drastic reduction in free time. Guess I didn't really realize how much of a reduction that would mean. The past couple weeks we have consistently been eating dinner at 9PM only to head to bed at 10PM so as to be up and out the door by 6:30AM. Add to that no real reduction in riding and dang, my butt is dragging. 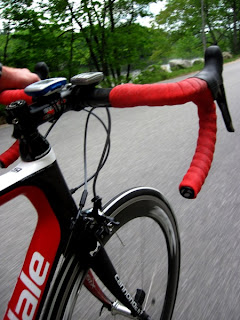 The biggest thing that I noticed in getting back to a desk job is that I'm crippled by said job. Sitting for 10 hours a day, day after day is hard on you, literally. I haven't had back issues in years and last week I finally broke down and saw a chiropractor. We don't realize what a toll this takes on us. I spent three months running around and doing lots of chores, basically standing all day and being active. I've got to say that I felt (physically) much better then than I do now having spent my third week back to a desk job.

The job itself is going well. I'm learning a ton of new stuff and struggling a bit with new and very different tools. I'm used to so pretty powerful tools that have a lot of functionality and am now using tools that are functionally less robust. It often seems like I'm speaking a different language, which in reality I am, which makes things mentally exhausting as well.

That's about it. Racing has been pretty darn lackluster, at least for me recently. I had a MTB race of despair where I flatted twice and destroyed two brand new tires, leaving me to walk out of the woods and DNF the race. I've had two back to back road races where I worked hard but results were fruitless. I've decided to stop racing with the club that we belong to and strike off solo. Really, there is no difference except that I had to buy some new clothing. I've been trying to put together a team kit design that Cathy and I have been working on all year. I'm yet to finish. The kids team fizzled out with injury and illness coupled with lack of discipline, motivation and desire. This was not just on my part.


On the up side, power numbers are up and I think that I'm on target for a good showing this fall. That is my hope anyhow and I'm clinging to it. We shall see. We are headed to Armand's wind tunnel tomorrow to get some aerodynamics work done. Pretty sure I'm going to come away hating my stupid TT bike just that much more.

Other than that, we're considering looking at a new vacation place in NH and I've been obsessing over bike parts, namely road wheels and power measuring options. Those are both ongoing.
Posted by mkr at 6:55 PM 1 comment: 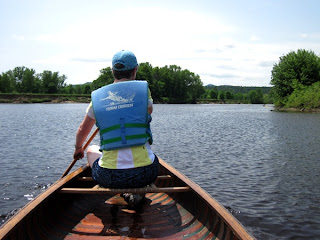 Last week Cathy and I were officially on vacation. We spent the time up at our place in Maine, which we really haven't spent much time at in the past couple of years. Between work, bicycle racing and the long drive coupled with the high cost of gasoline, it has been often difficult to justify the trip. Regardless, we took the opportunity to go up last Friday for most of the week.

As mentioned, we got in a couple of good days of cycling. We also branched out and did something new, a short canoe jaunt on the Androscoggin River, which winds it way very near the house. Although the river is nearly dead flat and very calm in the area, we were surprised to find some sections of slightly rapid moving water that made travel upstream difficult if not impossible. We tried to take it head on, from and angle, from another angle, backwards. Nothing was working. We finally went up a shallow section and portaged only to discover more "rapids" and the weather taking a turn for the worse as well. Regardless, we had a chance to do a little something different, which is always good. 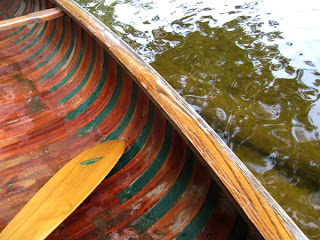 I'd hoped to be able to get in at least one hike as well during the vacation but the weather turned rainy and when the sun wasn't out, the mosquitoes were and they were vicious. Even mowing the lawn was a chore with them as was grilling out of doors after sunset. To be expected at this time of year of course, especially up in the "wilds" of Maine. I guess that we should have brought the mosquito nets with us. Live and learn.


So Thursday was the last day of vacation for me. It was spent running around doing all of the chores I'd been trying to wrap up as well as the normal weekly chores like mowing the lawn and grocery shopping as well as trying a new donut shop, Donna's Donuts in Tewksbury. Not bad, but I think Kane's is still numero uno. 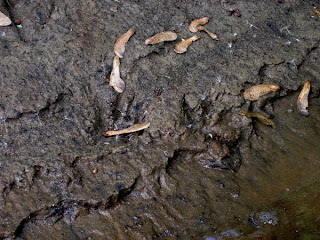 I also took the opportunity to head over to the range and give Cathy some time with the new Ruger SR22 I picked up at Four Seasons a week ago. Very nice shooting and well made weapon and a great way to learn better trigger pull when you are less worried about the cost of ammunition. We ran a couple hundred rounds through it and then headed back home for a quick MTB ride to finish off the day.

Thursday was also my last vacation day from another perspective, as yesterday I started a new job. The job is another   software engineering position within a small, mature local company. It is basically exactly the opposite of where I was last. The people are all super friendly and seem genuinely happy to be there. My manager is one of the most technically competent managers that I've ever met and really gets it.

This is a big change from the micro, micro management and semi-competent technical that I had for a long time and incredibly different from the technically incompetent wholly hands off manager I had for a while before being moved yet again to my final, just about right but too late manager. It is also a big change going from one of the largest companies on the face of the planet to a tiny one by comparison. The headquarters are located right here in town and the office is only a few miles from home. Zipping home at lunch to feed the kittens or throw in some laundry should be no problem at all. It also means fewer resources are wasted getting to and from the office, a subject that I take very seriously. 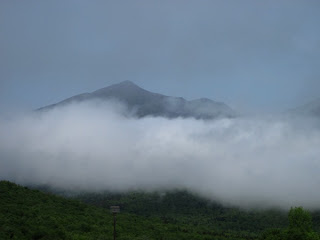 Although I have somewhat mixed emotions about going back to work, primarily because I fear the unknown and secretly lack some confidence, I look forward to meeting some new people and doing something different. Basically starting a new chapter. The old one was really, really long and didn't end so well, which unfortunately jaded me. I need to work past that and move on, which I'm working on. Good stuff!
Posted by mkr at 12:49 PM 1 comment: